It’s hard to believe we’ve been road racing in Lynchburg, Virginia since 1974! That year, Rudy Straub and a handful of other local runners came together to form the Lynchburg Road Runners Club with the specific purpose of creating a 10-mile road race in Lynchburg. 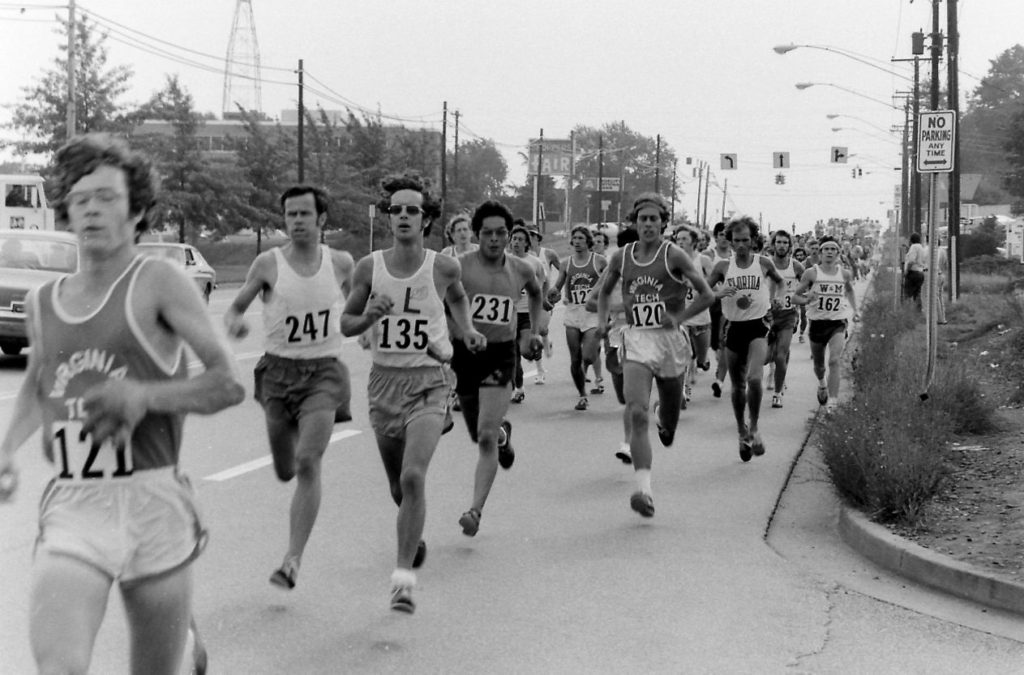 Prior to the 1970s, road races of today’s caliber didn’t exist. The best races were lacking in organization and only had a few hundred competitors. That’s the running atmosphere that allowed the LRRC to create a groundbreaking event that quickly achieved unprecedented success – with registrations in the thousands in just a few years after inception.

Rudy worked together with First Colony Life (later merged to become Genworth Financial) for financial backing of the first race. The budget was just $550, and there were 225 registrations that first year.

The race took off, with over 2,000 runners by 1980 – truly pioneering great road racing through the 80s. Needless to say, Rudy Straub and friends were not the only ones looking for a great road race in Lynchburg!

Want to know more about how the Genworth Virginia 10 Miler became all that it is today? Stay tuned – in honor of our 45h anniversary, we’ll be sharing more all season long.