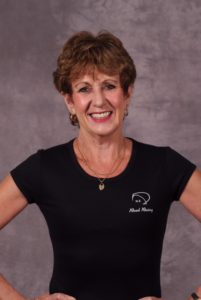 A native of New Zealand, Anne Audain dominated road racing in the 1980’s as the winningest road racer, male or female, with 75 victories and finishing 90% of her races in the top 3. Her pioneering accomplishments have been recognized around the world with inductions into the Running USA Hall of Champions (2008), New Zealand Sports Hall of Fame (2009), and Road Runners Club of America Hall of Fame (2014). Queen Elizabeth awarded Anne Audain the Member of the Most Excellent Order (MBE) award for service to athletics (1995).

Ann Audain’s inspirational story has been shared in the documentary film, “Anne Audain: Running Her Way” (2009) and in her autobiography “Uncommon Heart” (2000). She was adopted as an infant and has succeeded in sport and life despite major foot deformities that were not corrected until surgery at age thirteen.

Anne Audain will participate a variety of events race weekend that include the Lynchburg Business Alliance Women’s Luncheon,  packet pickup appearances, a community presentation at Lynchburg College, race day announcing at the 10 mile finish line, and participating in the awards presentation.

The 45th running of the world famous Genworth Virginia 10 Miler will take place Saturday September 29, 2018. More than 5,000 entrants from 20 states and 5 countries plan to participate in either the Virginia 10 Miler, Virginia 4 Miler, Virginia 4 Mile Walk, Virginia 10 Miler Relay and the Amazing Mile Children’s Run. The event is organized by the Lynchburg Road Runners and has been selected by the RRCA as a State Championship for 2018.  Past “Special Guests” include Molly Huddle (2017), Carrie Tollefson (2016), Katherine Switzer & Roger Robinson (2014 & 2015), Dick Beardsley (2013), and Joan Benoit Samuelson (2012).